As many of you know, finding music for your videos can be somewhat… well, painful. Licensing music on your own can be confusing and finding good free music can take forever. Many of us here at Vimeo are video creators or filmmakers as well and we experience these frustrations on a regular basis. So, we decided to do something about it.

Vimeo Music Store is your one-stop-shop for finding, discovering and licensing high quality music for your videos. We’ve built a simple and intuitive interface for you to easily search for music using a variety of different music criteria, and then purchase and/or download the tracks you want. Search mood, genre, tempo, themes, instrumentations and then use the advanced search to whittle down the results even further.

As of now, Music Store offers over 45,000 curated tracks with a three different license options for you to choose from. Here’s the skinny:

As a a token of our appreciation, we’re offering all Plus and PRO members one FREE, personal license track (a $1.99 value). This offer is only available for one week starting today, so make sure to head over to Music Store and cash in!

We’re very excited about this first phase of Vimeo Music Store and we hope you like it. Look for more features, more partners and more options for bands and musicians in the future!

Posted by Paul DeNigris at 8:49 AM No comments: Posted by Paul DeNigris at 8:46 AM No comments:

Philip Bloom: 'Canon DSLRs: some of the best picture profiles out there'

Filmmaker and DSLR aficionado Philip Bloom continues his tradition of posting the latest info on the emerging trend of the DSLR "picture profile." On cameras such as the Canon 5D Mark II, the picture profile editor can allow a user to dial in just the right set of parameters to make color grading easier and more impactful.


For all projects that I am producing, I always shoot the flattest image I can get. However, when shooting for others, if the turn around time does not allow for colour timing/correction, I will shoot less flat (typically neutral).


Now you ask, why is a flat profile important? Well, when you bake-in the color/contrast settings into an image (pre-set PP’s), you are unable to retrieve information that would be available if you had shot flat. Say your sky is blown out, but you wish you could see some of the clouds that were there on the day. With a baked-in image style, you are not able to recover it. With a flat image, you have a much better chance of recovering the clouds — OR if you under or over-expose something, you have a better chance to recover information that would otherwise be lost.

Posted by Paul DeNigris at 8:40 AM No comments:

Posted by Paul DeNigris at 8:29 AM No comments:

The Black and Blue: 'How to Read the DP’s Mind & Stay One Step Ahead' 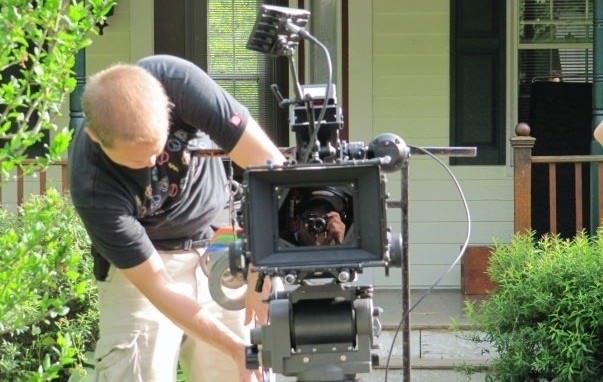 The Black and Blue is a blog designed for Camera Assistants (known as "AC's" in the biz), and is definitely worth subscribing to if you're considering a career behind the lens. Recently they posted a great article about how to anticipate the needs of your Director of Photography and come out looking like an absolute star.


You can do your best to anticipate and predict what the DP wants and, when you’re right, it will seem like you read their mind. They’ll be both amazed and pleased that somehow you managed to get everything exactly how they wanted, all without even telling you.

Read the whole article here, and subscribe to The Black and Blue right away!
Posted by Paul DeNigris at 7:30 AM No comments: 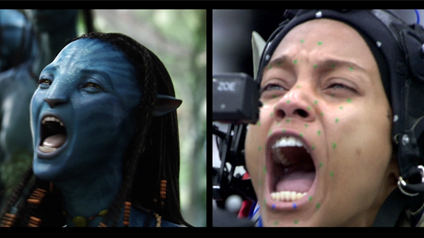 After Effects tutorials portal AE Tuts+ has begun branching out to take an in-depth look at Hollywood visual effects with this article on 2012, Avatar, Lord of the Rings, and Alice in Wonderland.


Read the entire article here!
Posted by Paul DeNigris at 7:45 AM No comments:

For the Game Art & Animation student who wasn't sure why he was taking DVA101, or the DV student who ends up working in the videogame industry after graduation, Wired.com has published this scathing essay on why so many videogame cutscenes fall flat:


... there's one element of interactive storytelling that designers just can't seem to get right: the cut-scene. Some exceptions exist, but these control-free cinematic sequences often prove uncomfortable if not downright embarrassing to watch. While they are almost always packed with gorgeous eye caramel, games' cut-scenes usually drop the ball when it comes to effective storytelling.

This is because many cut-scenes don't follow the time-tested rules of cinema that have made Hollywood so successful. Gamemakers abide by their own rules, packing their cinematics with wanton expositions and explosions. But cut-scene designers would do well to learn from the past century of film and its storytelling practices.

Read the rest here!
Posted by Paul DeNigris at 7:29 AM No comments:

This one's for you motion graphics artists! The folks at InspirationFeed have gathered up a cool selection of "dingbats" fonts - great for creating elements for your motion graphics designs. I particularly like this one ("Karate Chop") but some of the others (e.g., "Cafeina") are brilliant as well. Take a look!
Posted by Paul DeNigris at 10:08 AM No comments:

Vincent Laforet and Vimeo go 'Behind the Glass'

Filmmaker / cinematographer / DSLR guru Vincent Laforet recently collaborated with the staff at our favorite video-hosting site Vimeo to produce a stellar series of basic lessons on lenses and depth of field called "Behind the Lens." Here's the first episode, but be sure to surf over to Vincent's blog to read the accompanying article and watch episodes 2 and 3!

Posted by Paul DeNigris at 10:01 AM No comments:

FX Guide has published a pretty comprehensive look at how ABC's new 1960's-set "Pan Am" is making use of Stargate Studios' "Virtual Set" technology to recreate a bygone era.

Check it out here! Definitely worth a look for our students considering a career in VFX.
Posted by Paul DeNigris at 9:51 AM No comments:

Posted by Paul DeNigris at 8:21 AM No comments:

First up - the 2011 Atlanta Horror Festival, September 15th through 17th. "Fallout" is one of 6 "Sci-Fi Shorts" screening at this mostly horror-themed event on Saturday September 17th at 4:30pm.

Then in October is the 2011 Terror Film Festival in Philadelphia. "Fallout" screens on Saturday, October 29th at 3:00pm as part of "Splatter Shorts." I guess all the terrorist blood we spill in the battle sequence qualifies! "Fallout" is also nominated for nine awards:

Shoot Your Own Particle Elements!

Andrew Kramer shows you how:

Posted by Paul DeNigris at 7:18 AM No comments:

Perspective: "Why studying film in college is still a good idea after all"

Filmmaker and cinematographer Nino Leitner posted on his blog recently about what he feels is the true value of a film education:

We couldn't agree more, Nino. Read the rest here.
Posted by Paul DeNigris at 9:50 AM No comments: