The Making of RED SAND

The UAT Digital Video team has put together 4 behind-the-scenes documentaries about the making of our epic Mass Effect prequel fan film, RED SAND! The videos give a great look into the creative process, the nuts and bolts of VFX-heavy filmmaking, and the community of UATDV students. It's 22 minutes of behind the scenes awesomeness. Check it out!

Posted by Paul DeNigris at 8:48 AM No comments:

UAT Digital Video is delighted to share the story of "Karen & Nelda" which debuted on Spirit Day at the ONE Community Spotlight on Success Local Heroes Awards. The video was produced by UATDV students and faculty in cooperation with ONE Community.


This special tribute and video tells the story of Nelda Majors and Karen Bailey who have been together for 54 years. They met when they 18 and 19 years old. Nelda knew that she was gay, yet Karen was in a relationship with a soldier for 4 years prior to their meeting. Six months after their friendship began; Karen came back from spring break and told Nelda that she loved her. Both women were raised in Texas and have lived in the Valley for the last several years. The journey of their lives together and how society’s views have evolved over the last 50+ years was documented at the Spotlight on Success Local Heroes Awards which celebrates LGBT history month and twelve LGBT and allied ONE Community business members in October of each year.

Posted by Paul DeNigris at 1:22 PM No comments:

Here's a fun little film a team of UAT Digital Video students produced for the summer 2012 A3F 24 Hour Film Challenge. That's right, they did this in one day from start to finish! And, it was in the Top 20 Films in the Challenge!

Parameters for the challenge were a required line ("Let's get this over with"), a required prop (a box which had to be opened or closed), and a required theme ("a hidden agenda").

More info about the challenge: http://www.thea3f.net

Posted by Paul DeNigris at 1:17 PM No comments:

'Flight of the Melvin' Selected for 2012 Aliens to Zombies Film Festival! 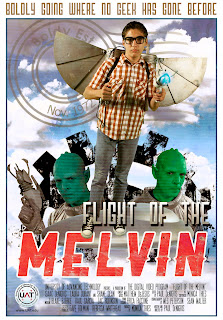 Our family-friendly comedy sci-fi adventure "Flight of the Melvin" has been selected for its 9th film festival, the 2012 Aliens to Zombies Film Festival in Los Angeles! In addition, the film has been awarded "Runner Up, Best Special Effects." 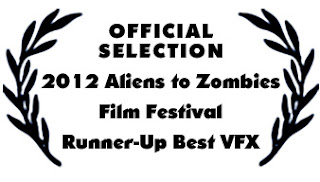 Posted by Paul DeNigris at 8:30 AM No comments:

After 9 months of post-production, our latest sci-fi epic RED SAND: a Mass Effect fan film has been completed and released! The film debut on YouTube on Sunday October 7th following a live pre-show with star Mark Meer (the voice behind Commander Shepard in the Mass Effect games), and has scored 75,000 views in just under 4 days. We could not be happier! Check it out below:

And we are thrilled to announce that RED SAND has begun receiving invitations to cons and film festivals! This evening we were invited to screen at the following events in 2013!

If you want to see RED SAND on the big screen, and you live in any of the above locales, mark your calendars! More info as it develops!
Posted by Paul DeNigris at 8:56 PM No comments: