Posted by Paul DeNigris at 8:00 AM No comments:

IndieWire: From 'Drive' To 'Melancholia,' Here's Why 2011 Marked a Shift In the History of Cinematography 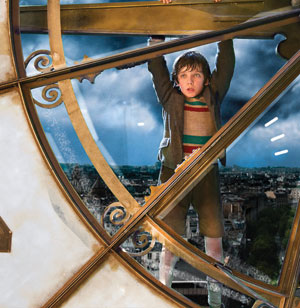 In the wake of Sunday night's Academy Awards ceremony, it's good to look back on last year and cull some final lessons from it. Martin Scorsese's Hugo, shot digitally on the ARRI Alexa, took home the "Best Cinematography" and "Best Visual Effects" trophies, while David Fincher's The Girl with the Dragon Tattoo, shot digitally on the RED and edited on Final Cut Pro, won "Best Film Editing." It really seems like we're seeing the final stages of the film industry's move toward digital cinema as the new standard. Writer Jamie Stuart over on IndieWire seems to agree:


2011 was the year in which the Arri Alexa, the first significant digital camera released by leading equipment developer Arri, was put to wide use. Three wildly different examples of the new camera can found in "Drive," "Hugo" and "Melancholia."

Read the complete article on IndieWire.
Posted by Paul DeNigris at 8:58 AM No comments: 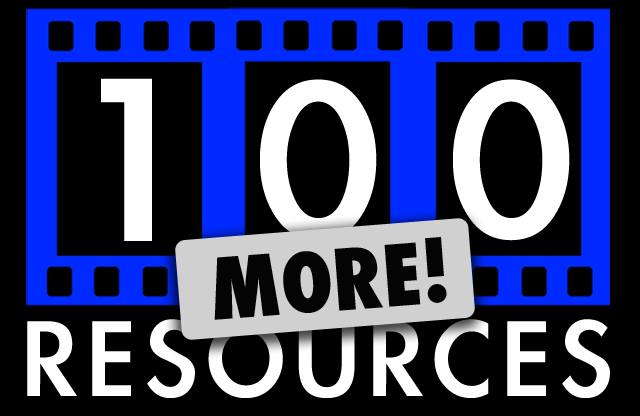 Last year at this time we posted The Black and Blue's first "100 Great Resources" and now they have gone and one-upped themselves with the sequel!

Email ThisBlogThis!Share to TwitterShare to FacebookShare to Pinterest
Labels: blogs, links, The Black and Blue

ProLost: 'Red Scarlet, Canon C300, and the Paradox of Choice'

Late in 2011 when Canon announced its new "Cinema EOS" line of cameras with its new model, the C300, tech guru, filmmaker, and DV Rebel's Guide author Stu Maschwitz as usual cut right to the heart of the issue of what camera to buy, and when:


All filmmakers are on a journey, and that journey is going to take you through many cameras. It’s dangerously easy to get swept up in advancing technologies, and all-too tempting to think that a new camera will slingshot your filmmaking forward.

Read Stu's entire post for the run-down on the capabilities and pricing of the current crop of digital cameras, from the Red Epic M ($43,000) down to the Canon Rebel T3i ($659).
Posted by Paul DeNigris at 8:00 AM No comments:

Special note on audio channels: At the very least, you’ll be expected to deliver a Stereo mix, as well as DME separate channels. Preparing the audio configuration properly can go a long way to getting around complications on promotional materials and music licensing. Plan your audio mappings in your sequence accordingly so it will be easier to output separate DME tracks, which can go a long way to enabling clips to be used promotionally without out-of-context music licenses.

Posted by Paul DeNigris at 8:00 AM No comments:

Mashable: '7 Free Tools for Creating Your Own Fonts"

For you motion graphics artists out there who grow tired of the same old typefaces - why not cook up some of your own? Mashable put together this handy list of free tools you can use to make your own fonts! http://mashable.com/2011/11/17/free-font-creation-tools/
Posted by Paul DeNigris at 8:00 AM No comments: 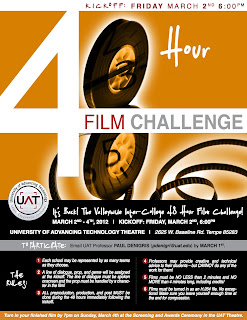 Turn in your finished film by 7pm on Sunday, March 4th at the Screening and Awards Ceremony in the UAT Theatre.

Posted by Paul DeNigris at 11:25 AM No comments:

You can check out Eve's previous lighting tutorials here and here.

Posted by Paul DeNigris at 8:51 AM No comments:

'Flight of the Melvin' Screens at Sedona Film Festival This Saturday! 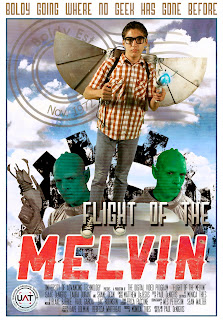 UAT Digital Video's sci-fi comedy adventure "Flight of the Melvin" screens as an Official Selection of the 2012 Sedona Film Festival this Saturday, February 25th, at 9:00 am.

"Melvin" is paired with the family adventure feature The Lost Medallion and will be screening at the Sedona Rouge Theatre, in the Sedona Rouge Hotel and Spa, 2250 W. State Route 89A in West Sedona, Arizona.

Click here to see the schedule and purchase tickets!
Posted by Paul DeNigris at 8:00 AM No comments:

NewEnglandFilm.com: 'How to be a Master Editor'

Three-time Oscar winning editor Thelma Schoonmaker shares tricks of the trade, how to break into "the business" and what it's really like to work with Marty Scorsese.


She says, not enough filmmakers these days take the time to study the technique editors used before the days of digital editing. "One of the things I find disturbing is when a film professor announces they're going to show a black and white, there's a groan in the room," she says.

Read the rest of Schoonmaker's insights here: http://newenglandfilm.com/news/archives/2007/05/thelma.htm
Posted by Paul DeNigris at 8:00 AM No comments: 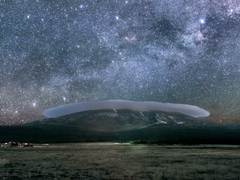 One of the videos we produced for November's TEDxPhoenix event has made it to the front page of TED.com and has garnered over 60,000 views in just a few short days!

"Lucianne Walkowicz: Look up for a change."

TED Fellow Lucianne Walkowicz asks: How often do you see the true beauty of the night sky? At TEDxPhoenix, she shows how light pollution is ruining the extraordinary -- and often ignored -- experience of seeing directly into space.

Watch "Lucianne Walkowicz: Look up for a change" here!
Posted by Paul DeNigris at 10:37 AM No comments:

fxguide: The Art of Destruction

The fine folks over at fxguide.com have compiled a stellar and comprehensive run-down of the state of the art when it comes to "blowing crap up" Hollywood-style.


Destruction pipelines today are key aspects of any major visual effects pipeline. Many current pipelines are based on Rigid Body Simulations (RBS) or otherwise referred to as Rigid Body Dynamics (RBD), but a new solution – Finite Element Analysis (FEA) – is beginning to emerge. In this ‘Art Of’ article, we talk to some of the major visual effects studios – ILM, Imageworks, MPC, Double Negative and Framestore – about how they approach their destruction toolsets.

Read the whole article - featuring looks at Harry Potter, X-Men: First Class, 2012, and more - here!
Posted by Paul DeNigris at 8:00 AM No comments:

I’ve recently taken it upon myself to pursue Hollywood as a contractual endeavor. There’s several reasons why I made the decision to stay at Intel for probably the next 5-7 years (not the least of which is the amazing healthcare). While I get to work on some pretty cool projects here (the latest project I can’t talk about much, but let’s just say it involves vfx for a large studio whose name rhymes with “CreamLurks”), most of it doesn’t fall directly into the creative avenue that I seek to travel down. I’m at a point where I still yearn for that highly creative collaboration, even if it doesn’t pay much on the side.

So anyways, enough of my life story. In light of all these recent self-revelations, I hopped into the Craiglist LA gig postings under the film and video section and typed in “compositor”. Naturally, a ton of results popped up, most of which were for lower-budget productions, but were legit nonetheless.

I replied to a couple saying that I’m a passionate fx artist based out of Phoenix, I have an FTP server so remote working isn’t an issue, and even sent my professional resume for review. It was late at night so I figured if I was to hear anything back at all, it wouldn’t be until later the next day and I was seated with my laptop on my in-laws’ couch watching a movie. Much to my surprise, I immediately got a response from the contact for a project involving Tom Sizemore. He reviewed my resume and liked the idea of using me. He had only one question: “Do you have any work online that I could see?”

I had wrought my own destruction on this day. My website is void because it’s full of old, hack work (some of which is clearly ripped off of video copilot) that doesn’t portray my focus properly. I have some portfolio work on my home computer, but it A.) Wasn’t assembled into any kind of reel, and B.) I had no breakdowns, only the final products (most pros require breakdowns as part of the reel).

Needless to say, I lost that gig. The lesson I took away from it all was ALWAYS have your work ready to show. Always. Don’t even ask about a job unless you’re ready to hand them a polished, refined demo reel as soon as they request it. But more importantly, don’t even make them request it. Put your work on Vimeo or Youtube and link them to it directly when you send your job inquiry. Never assume that they won’t contact back, or that you can get to your reel before they do. Treat every job inquiry like you’re going to be yanked into their office for an interview immediately afterwards, and I’m not just talking about having a completed reel in general. I’m saying even if you do, have it on you at all times. Got an iPhone? Great! Put your reel on it. So when you’re walking around the floor at Siggraph and you get talking to John Lasseter and he asks you what you do, you can put the visual communication medium we know as “Film” to use and show him then and there, with the tap of your finger. Make it your moving business card. Keep it with you like it’s your wallet (which it just might end up filling).

Bottom line, that gig I lost was one little fish in a sea of thousands. Another will come along, and this time I’ll be ready (I immediately made a shiny new reel over the next week). I’m relieved that I didn’t get this abrupt reminder on a much larger opportunity. All I’m saying is, don’t ever let that happen to you.
Posted by Paul DeNigris at 10:35 AM No comments:

The theme for TEDxPhoenix 11.11.11 was "_______ for a Change" and featured speakers from around the US who are exploring unique ideas that have brought about unexpected, interesting, and positive changes. Five hundred people from all over Arizona and the western US gathered at the Mesa Arts Center for an evening of thought provoking and entertaining talks, and the faculty and students of the UAT Digital Video program were there to capture it all in high definition. Here's the playlist - over 3 hours of compelling TED talks!

Posted by Paul DeNigris at 12:06 PM No comments: UAT Digital Video's epic sci-fi short film "Fallout" has been selected as one of the "AZ100" - one hundred Arizona-produced films to represent filmmaking in our state as it celebrates its centennial.

For more info, check out The Screening Room's Facebook page.
Posted by Paul DeNigris at 1:30 PM No comments: