In this tutorial, Bartek Skorupa discuss at length the differences between "Orientation" and "Rotation," the issues of "Gimbal Lock," and how to work around some of the limitations of rotating layers in After Effects. A but dry, but essential stuff nonetheless!

Posted by Paul DeNigris at 8:30 AM No comments:

Email ThisBlogThis!Share to TwitterShare to FacebookShare to Pinterest
Labels: after effects, tutorials, videos 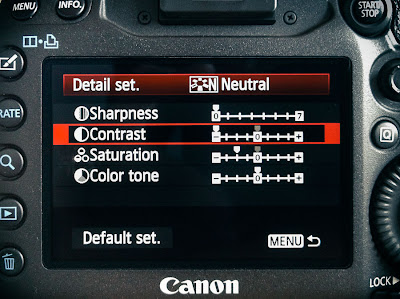 Both Stu Maschwitz (author of The DV Rebel's Guide) and Vincent Laforet (director and DP of many Canon 5D-shot films) have recently posted their processes for getting the best results out of their DSLRs. Basically the short version is "Shoot flat!" In other words, shoot with the least amount of contrast and give yourself the most latitude for color grading in post. Or in Laforet's words:


"The idea is to capture the flattest image possible with the most amount of detail and range of exposure possible.  Given that the Canon 5Ds compress the video image (it’s not capturing RAW) – you need to make sure you don’t crush the blacks or blow out the highlights as you won’t be able to correct for that in post.    You can always add contrast and saturation back to an image in post- doing the opposite is significantly more difficult especially off of the compressed file that the Canon 5Ds produce."

Check out what both of these experts have to say. Here's Stu's article. And here's Vincent's.
Posted by Paul DeNigris at 8:30 AM No comments:

Two crooked cops unleash an evil that corrupts and destroys everyone it touches.

The film won 4 awards at the 48 Hour Challenge Screening (Best Director, Best Use of Line, Best Ensemble, 2nd Place Film) and was also an official selection of the 2012 Phoenix Film Festival and 2012 Phoenix Comicon.

Posted by Paul DeNigris at 8:49 AM No comments: 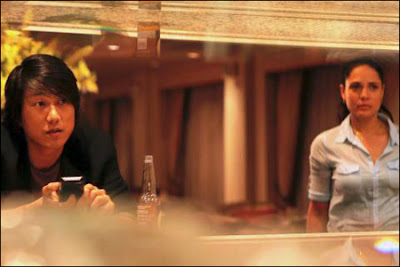 At this year's SXSW in Austin, Texas, a panel titled “The Great Cinematography Shootout” gathered a group of directors and cinematographers to discuss shooting independent films with lower-cost, high-quality cameras, like the Canon 5D (such as Sunset Stories, pictured here). Read the panel's 10 awesome tips here.
Posted by Paul DeNigris at 8:30 AM No comments:

Inspired by our continued relationship with TEDxPhoenix, here's a great roundup of TED talks by and for filmmakers put together by Empire Magazine. The list includes the likes of James Cameron and Morgan Spurlock, and concludes with the great mock TED talk produced to promote Ridley Scott's Prometheus. But Andrew Stanton, director of Wall-E and Finding Nemo, kicks it off:


Check out the rest here.
Posted by Paul DeNigris at 8:05 PM No comments:

The new trailer for our Mass Effect fan film "Red Sand" was published on this past Tuesday and has racked up over 16,000 hits already on YouTube. In case you missed it, here it is on YouTube and on Vimeo:

Mediocrity is the New Genius: http://mediocrityisthenewgenius.com/2012/05/23/first-amazing-trailer-for-uats-mass-effect-fan-film-red-sand/

Here's a reel highlighting excerpts of UAT Digital Video student works from 2005 to 2012, with peeks behind the scenes into prop fabrication, set design, makeup, effects, and more!

"Fallout"
"Bad Whiskey"
"I Have Some News"
"Reset"
"Get Pade"
"Data Stream"
"Pirate Booty"
"Like You Said"
"Somewhere (dot dot dot)"
"Extraordinary Colleagues"
"Flight of the Melvin"
"Red Sand"
"Nardo and the Sock of Destiny"
"Breeze in the Wind"
"Chet vs. The Elevator"
"Backup Plan"
"Peephole"
"Covet"
Posted by Paul DeNigris at 1:47 PM No comments:

Here's a handy list of 20 sites where you can find 'em!
Posted by Paul DeNigris at 9:00 AM No comments: 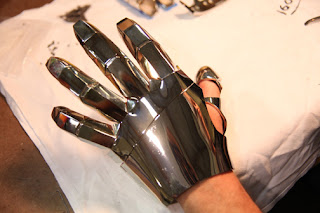 Just as UAT DV Students have been using 3D printing to fabricate custom props for films like "Fallout," "Flight of the Melvin," and "Red Sand," so has Hollywood. In fact, some of Tony Stark's armor seen in Iron Man 2 and The Avengers was printed using high-resolution 3D printers:


Though it's not a technique that's much discussed outside the industry, 3D printing is increasingly being adopted as a way to help make movies more efficiently and quickly than ever, according to Jason Lopes, a system engineer at Legacy Effects, an Oscar-nominated effects studio.


Check out the rest of the article here!
Posted by Paul DeNigris at 9:00 AM No comments:

How to Organize an Edit

Here's a helpful video for beginning editors on how to organize your footage when starting an edit. Host Richard Harrington uses Adobe Premiere, but his concepts are easily transferable to Avid, FCP, and other NLE's. 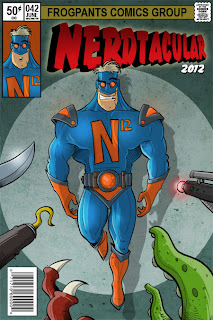 UAT Digital Video is pleased to announce that we will be partnering with FrogPants Studios this summer to provide video coverage of their "Nerdtacular 2012" event in Salt Lake City, Utah.

FrogPants has made a name for itself as a premiere podcaster dedicated to comics, videogames, and all around geek culture. (A perfect fit with UAT!) In 2007 they started Nerdtacular as a live event to connect with their fans, and the event has grown over the last several years into a min-con of sorts. This year is their biggest event yet, closing out a concert by with geek comedy music duo Paul & Storm.

Professor Paul DeNigris and a team of top UAT DV students will be traveling to Salt Lake City in June to document the day's events. We'll be livestreaming all day, and then will return to Arizona for post-production. Once edited, the coverage of Nerdtacular '12 will be posted to the web and will be distributed via DVD by the folks at FrogPants. We are super excited to be part of this event!
Posted by Paul DeNigris at 9:00 AM No comments:

In honor of the record-breaking opening weekend of The Avengers, here's a cool tutorial to kick off summer semester - "The Avengers Poster in Photoshop."

Design blog Abduzeedo takes you step-by-step through the process of emulating the look of The Avengers' iconic logo, using only Photoshop. Check it out!
Posted by Paul DeNigris at 11:50 AM No comments:

Two more of the videos we produced for last November's TEDxPhoenix event have made it to the front page of TED.com! 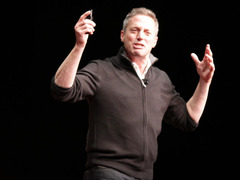 "Rick Guidotti: From Stigma to Supermodel"


Rick Guidotti is a fashion photographer with a passion project: finding and sharing the unmistakable beauty of kids with albinism and other conditions that affect their physical appearance -- and the way society treats them. At TEDxPhoenix, he shares some of their stories and the empowering effects of a little glamour as he redefines their beauty in a flash. 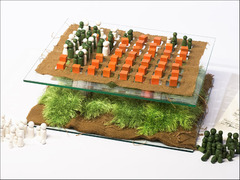 
It's never easy to get across the magnitude of complex tragedies -- so when Brenda Brathwite's daughter came home from school asking about slavery, she did what she does for a living -- she designed a game. At TEDxPhoenix she describes the surprising effectiveness of this game, and others, in helping the player really understand the story.


These videos were produced during the Fall 2011 Semester by the DVA241 (DV Production) class and edited by the DVA274 (DV Editing) class, under the supervision of Professor Paul DeNigris and Associate Professor Todd Schoenberger. Students involved were: Ty Bitterolf, Kennedy Gray, Ariel Navarrete, Neil Sparks, Nic Vereen, Dylan White, and Annie Winn.
Posted by Paul DeNigris at 1:17 PM No comments:

"Covet" screens Friday, May 25 at 8:55 p.m. in the Phoenix Ballroom at the Hyatt Regency in Downtown Phoenix.

Next comes our sci-fi adventure comedy "Flight of the Melvin." Having screened at Sedona and Arizona International Film Festivals recently, "Melvin" will be making its Phoenix Metro Area debut!

More information about Phoenix Comicon - including their incredible lineup of guests (including practically the entire cast of Star Trek: The Next Generation) - can be found on their official website at http://www.phoenixcomicon.com/ 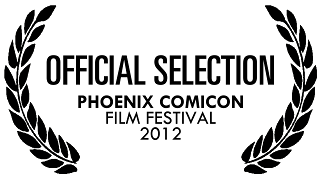 Posted by Paul DeNigris at 3:32 PM No comments: